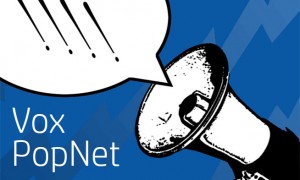 Located in historic Ditmas Park in Brooklyn, New York, the VOXPOP (Voice of the People) café stood as an icon of community spirit. Started in 2004, by Truth Party leader Sander Hicks, the VOX POP touted the slogan, “Books, Coffee and Democracy.” Hicks believes all opinions matter and wanted to get people fired-up to think, discuss and explore.

A review of the VOXPOP café would be incomplete without a look at its founder. Sander Hicks, part entrepreneur, part political activist, opened the café in 2004 with the help of his fiancé. Hicks names 9/11 and the “so called” war on terror as the catalyst for opening the VOXPOP cafe. He believes the government is hiding the truth about 9/11 and other events, citing the failed Iran-Contra cover-up as an example. He encourages people to look beyond mass media and government reporting to unearth political corruption and cover-up and created the VOXPOP as a venue to do just that. The café/bookstore specialized in books on political science, national security, alternative media, and alternative reporting. Sander himself has written several books on government corruption. Certainly the government has its share of cover-ups and corruption, but upon hearing some of Sander’s views, the term “conspiracy theorist” comes to mind.

What may have started out as a vehicle for Hicks’s political ideas, morphed into a beloved community center. To appreciate VOXPOP’s contribution to the community takes only a quick look at some of the events sponsored by the café.

• Hump Day Party celebrated the middle of the week and featured a live DJ and plenty of disco.
• Traffic Calming Party hoped to bring awareness of the traffic problems near the café to city officials.
• Knit in Public Day encouraged knitters to bring their leftover yarn and help create a knitted public art piece.
• Miss Katie’s Sing Along and a regular story-time reached out the younger crowd.
• Rolie Polie Guacamole invited kids join an entertaining cooking activity.
• It was a Hot and Stormy Night was a benefit concert with playbills featuring a Star Wars Storm Trooper in a background of red rose petals.
• Open Mic Night invited local musicians and poets to perform.

The VOXPOP offered something for everyone. When the café hit hard financial times and closure was looming, the community came together to keep the VOXPOP open.

The Tax Man Cometh – The Closing of the VOXPOP

Unfortunately for the community, Hicks turned out to be more visionary than businessman. On the surface, the VOXPOP appeared to be a profitable, growing business. In his 2008 business plan, Hicks boasted a profitable year, a 35 percent increase in sales, the opening of a second location, and projected 2014 sales of $11,248,800. He was set to take on the chain stores with his rebel bookseller model and envisioned a national franchise of political cafes.

The State of New York had a different vision, one with a substantial increase in tax revenue. In 2008, with the recession in full swing, the cash strapped state of New York significantly upped its tax audits of businesses from the previous year. The Department of Taxation Strategic Plan for 2007-2008 called for a voluntary closing of the tax gap, but civil and criminal charges would be used if voluntary measures failed. During this time the VOXPOP was struggling financially, barely able to keep its doors open. Hicks resigned, and the café was reorganized as a “for profit collective” with a new CEO and board of directors and more than 100 shareholders. When new CEO, Debi Ryan, attempted to clean up the financial mess, she discovered the VOXPOP was in serious trouble. The café owed 58,000 dollars in back taxes.

Shortly after Ryan took the helm, the cafe was closed by the New York Department of Taxation until the back taxes were paid. Unfortunately, this wasn’t VOXPOP’s first run-in with state officials. The New York State Health Department had closed VOXPOP down twice for non-payment of fines totaling 30,000 dollars. The VOXPOP café garnered much attention from the State of New York. Whether this had anything to do with former owner Hicks’ political agenda or was simply a result of the state’s efforts to collect fines and taxes rightly due is unknown, but merits mention.

Several successful benefits and fundraisers were held to raise money to save the VOXPOP. Ryan paid 10,000 dollars toward the back taxes and a payment agreement was underway. Shortly after re-opening, the VOXPOP was again seized by the state tax department. Surprised by this action, Ryan attempted, but was unable to contact the supervisor with whom she reached an agreement due to personnel changes in the state tax department. The VOXPOP either had to come up with the back taxes or shut its doors for good.

Seeing no way to make the VOXPOP into a profitable business with the mass of fines and tax burden, the shareholders voted to close the café. Today, the VOXPOP location stands empty and boarded up.

While it failed the American dream as a successful business, the VOXPOP achieved something greater, winning the heart and support of a community.